What Hip-Hop And Law Enforcement Have In Common 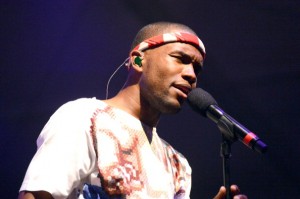 Most people in law enforcement probably wouldn’t see what the hip-hop music profession shares in common with the law enforcement profession, but homophobia appears to be one blatant common theme found in both cultures.  This week, hop-hop artist Frank Ocean “came out” in his own blog just weeks before releasing his next album.   His story was told in a great article in the Huffington Post.  As I read, I couldn’t help be see the same words being used to write about a well known and successful law enforcement officer after coming out.

As a “mainstream, black, male artist in hip-hop…” revealing such a detail could mean the end of an otherwise highly successful music career.  Why?  Because “admitting you are anything but heterosexual and ultra-masculine in hip-hop normally equates to career suicide…”

There are several aspects of identity in play here that make Frank’s story unique.  The first is that he is an African-American male and the second is that he is a hip-hop artist.  Historically, both cultures have not tolerated at all non-heterosexualities.  And the same stereotypes about gay people are at play in law enforcement – being other than heterosexual means you are less masculine and therefore not as capable (or completely incapable) of performing as a police officer.  “For some in the black community, masculinity and gay are an impossible pairing.”  The same is clearly true in law enforcement, except in the still dominantly white profession, being white would not necessarily make it easier for a gay police officer to be accepted.

What I found most profound in reading about Ocean’s coming out is how he chose to write about it in his blog.  “…he never used the words ‘gay’ or ‘bisexual.’ The New Orleans native only described love between two people.  His choice of language was paramount: Sexual orientation must be acknowledged beyond the labels and above the groin. For many in the LGBT community, our understanding of sexual identity was not the first time we had sex, but the first time we experienced a heart-shaking kiss, the first time we waited all day for a phone call from that special person or the first time we fell in love.”

“Why is this news?  Because sadly, even today, being gay is still a revolutionary act.  Ocean’s “coming out” is plastered on every site from Gawker to BET to TMZ.  No man before him has been anything but proudly hetero in this genre of music, especially on a major label.”  I think the same is true in the vast majority of law enforcement agencies around the country. There is no doubt that the first person to come out, especially in a small department, is “big news.”  And like Frank’s story will be for hip-hop, so that first gay officer will be for the agency.  Like many closeted gay police officers, to date, Frank Ocean has been very successful with a large fan base.  He is apparently well respected by his hip-hop music peers and like every closeted officer who comes out, he is still the same person he was before coming out.  He still has the same talents, skills, and abilities – being gay doesn’t change any of that, so why would we suddenly consider someone less capable now that we know?

“Frank Ocean admitting his sexual fluidity will not ruin his career. There will be a reward for his honesty.  Living in his truth will make the doors swing open like they never did before.  More people know his name than they did before Independence Day. Sure, the walk will not be easy.  Ocean will be thrown into the spotlight for all things gay and hip-hop.  He will be pigeonholed as the gay songwriter; it’s a heavy burden and all eyes will be watching.”

Gay cops who come out, especially those who are the first in their departments, do carry an extra burden as they defy stereotypes and have to re-prove their capabilities of performing the law enforcement job, but this is how hearts and minds are truly changed.  Homophobia is best defeated through personal experience knowing and working with a person who happens to be gay and seeing first hand that they are the same person they were before coming out.  The reward for this courageous move is happiness and relief from the burden carrying a lie on your shoulders creates over time.  It’s the chance to be happy at work and at home.  And isn’t this what we all want?