I’d like to congratulate Riverside Sheriff’s Captain Raymond Gregory and Randolph Chief William Pace on their appointments this month to the police of Chief of Police. Both of these law enforcement professionals are also openly gay and have clearly demonstrated that they can be “out” and successful on the job. Captain Gregory will be assigned as the Chief of Police for a number of small cities in Riverside County that contract with the Sheriff’s Department for police services. These cities are located north east of Palm Springs. Chief Pace is a 20-year veteran of the department and worked his way up to become the department’s tenth police chief. 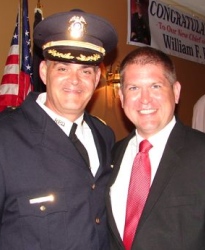 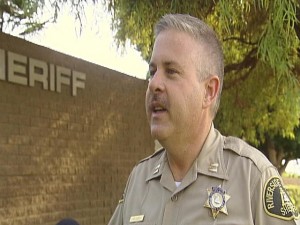 Chief Pace (seen on the left) was sworn in on June 28, 2010 with his partner of six years.  How great it is that a city and its police department can set the example for others to follow.  This is the kind of role modeling that law enforcement so desperately needs.  Chief Gregory (seen on the right) has also been with his department for twenty years.  He said, he hopes his advancement will encourage others to feel comfortable about their sexuality at the workplace. “Hopefully people are able to be who they are.”

I applaud both of these men for their courage in, first coming out, and then on their hard work to become leaders in their departments.  Their example should serve as evidence to those closeted officers that you can live your life as you were made to be and still be successful in law enforcement.