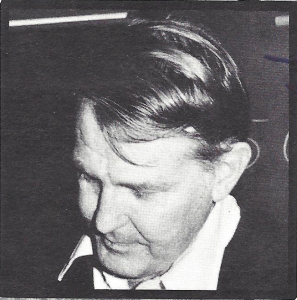 This week I learned of the the passing of one of my teachers from junior high school.  Ironically, I had already planned to talk about him during my keynote presentation at the upcoming LGBT International Law Enforcement Conference during World Pride in Toronto.  I’d like to share this portion of my presentation and story here in honor of Ray Lippincott and Walter Mast, two of my junior high school teachers and who were life-partners for some 4 decades.

I started junior high school, 7th grade, at Joaquin Moraga Intermediate School, in Moraga, California,  in September of 1976.  It was my first day at this new school and my first experience going to 7 different classes a day.  I remember nervously walking into my first period class with Mr. Lippincott.  He taught social science and history.  To this day, I can remember his smile and amazing ability to tell stories.  For a history teacher, bringing events that were hundreds of years old alive for students was a required talent and he could do it so well.  He was always ready with a smile, spoke in a deep voice, and had the demeanor of grandfather. 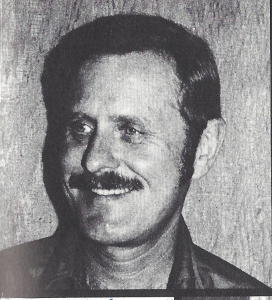 The last class of the day for me was an art class with Mr. Mast.  He had red hair. blue eyes, and a large handle-bar mustache.  He spoke always in a low voice, slowly pronouncing each word in an almost melodic way.  His mannerisms were stereotypically gay and the kids in his class, especially the 8th graders, were viciously mean.  I had never seen students treat a teacher with such open disrespect and I remember feeling really bad for him.  I remember thinking that he was probably gay, but of course in that year, a teacher would never disclosed that to students.

When I look back, it was clearly in 7th grade that I knew my attraction was different from my male peers.   What I didn’t know is that Mr. Lippincott and Mr. Mast were both gay and had been life-partners for many years.  I learned of their amazing 40-year relationship just a few years ago.  During the time that I was their student, California voters were considering Proposition 6, “The Briggs Initiative.”  California Senator John Briggs proposed a law that would have banned any gay person from being a teacher in California.  It would have required the school district to fire both of my teachers simply for being gay.  Of course, they were not openly gay on campus, but their colleagues knew and simply didn’t talk about it.  In fact, there was a lesbian couple teaching at the same school at the same time.  I can’t imagine the fear all four of these teachers must have experienced while teaching me and while I was fearing who I was at the same time.   Fortunately, Proposition 6 failed, due in large part to the efforts of Harvey Milk, without fear, took on this openly homophobic initiative.

I reconnected with Mr. Lippincott in June of 2012.  He was 85 then and living in a convalescent hospital in Oakland, California.  He told me his partner of 40-years, Walter Mast, passed away back in 2003, the year the United States Supreme Court finally declared sodomy laws to be unconstitutional.  I recently found Mr. Mast’s obituary and it referred to Ray Lippincott as “his close friend.”  There was no mention of their tenure together or anything more about their relationship.  Mr. Lippincott told me he read my own story from a copy of my first book that I sent him and shared that he had grown up in the very same neighborhood where I now live in Santa Rosa.  In a letter I sent with the book, I told him how amazing it would have been for me to know he and Mr. Mast as two gay men and partners at a time when I thought I was completely alone.  But I can only imagine how alone both of them felt when they were in 7th grade.

Aside from history and art, I learned a lot from Mr. Lippincott and Mr. Mast.  Their story and my experience with them reminded me how important it is for young people to have good role models and, for young LGBT people, how important it is that their gay teachers be “out.”  Mr. Lippincott and Mr. Mast didn’t have that ability and it would have put themselves in harms way if they were “out” in 1976.  But in today’s world, at least here in California, teachers have employment protection and have the ability to be “out” to their students.  Now, as a teacher myself, I will honor these two men by reaffirming my own commitment to being “out” to and for my students and to be the best role model I can be.  Like teachers, law enforcement officers are important role models and have the same ability by being “out” in support of LGBT youth.  If you are an older LGBT law enforcement professional and remember the fears you had thinking you were all alone back in 7th and 8th grade, consider the power you have today to make it better for LGBT youth today by being “out” and proud.

Thank you Mr. Lippincott and Mr. Mast for all you taught me.