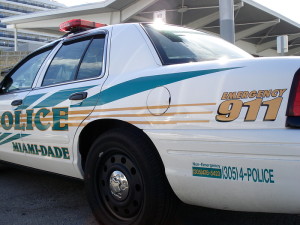 “I came to Miami FL to attend college and graduated from Barry University with an Associates Degree in 1982. I graduated Miami-Dade College Police Academy in 1985. As a Metro Dade Police Officer   I was assigned to Intracoastal District where I was assigned to Uniform   Patrolman Crime Suppression and General Investigations before transferring to Headquarters to the Organized Crime section.

I was promoted to sergeant and returned to uniform patrol for a short period of time. I then returned to the Organized Crime section until my retirement in 2013. During my tenure as a Organized Crime detective and sea rent i was assigned to investigate various cases including traditional new york style mafia, Israeli organized crime, street gangs, human trafficking and various other types of ethnic organized crime as well as murder for hire and murder conspiracies.

During my career I quietly had a relationship  with a female detective in the same bureau … we had two wonderful boys until we separated. My new partner Diane  and me ex-partner Amanda and myself continued to have a wonderful relationship raising the boys until she was murdered in the line of duty.

As much as Amanda kept her lifestyle quiet through the department when she was killed she outed us all. As a result, there were many changes made through many aspects of the department. Out of a tragic loss she made positive changes.

Diane snd I struggled  with keeping the boys staying  positive and going the right direction  and now both of our sons are attending college and use her loss to help others.”

Sergeant’s Mitchell shares her story in our new book, “Coming Out From Behind The Badge – 2nd Edition” available now for pre-order.  Click Here To Order Your Copy.