San Jose, California is the nation’s tenth largest city and located in the heart of Silicon Valley where companies like Apple and Google call home.  The San Jose Police Department is actively recruiting to fill hundreds of police officer jobs and Chief Eddie Garcia has created a model recruitment campaign targeting the LGBT community.  Chief Garcia is committed to hiring a rank and file that represent the diversity within San Jose and he recognizes that LGBT people are currently not represented as prominently in his department as they should be.

We had a chance to meet with Chief Garcia at his request earlier this year and are pleased to share with the world the model recruitment campaign he and his talented staff produced. 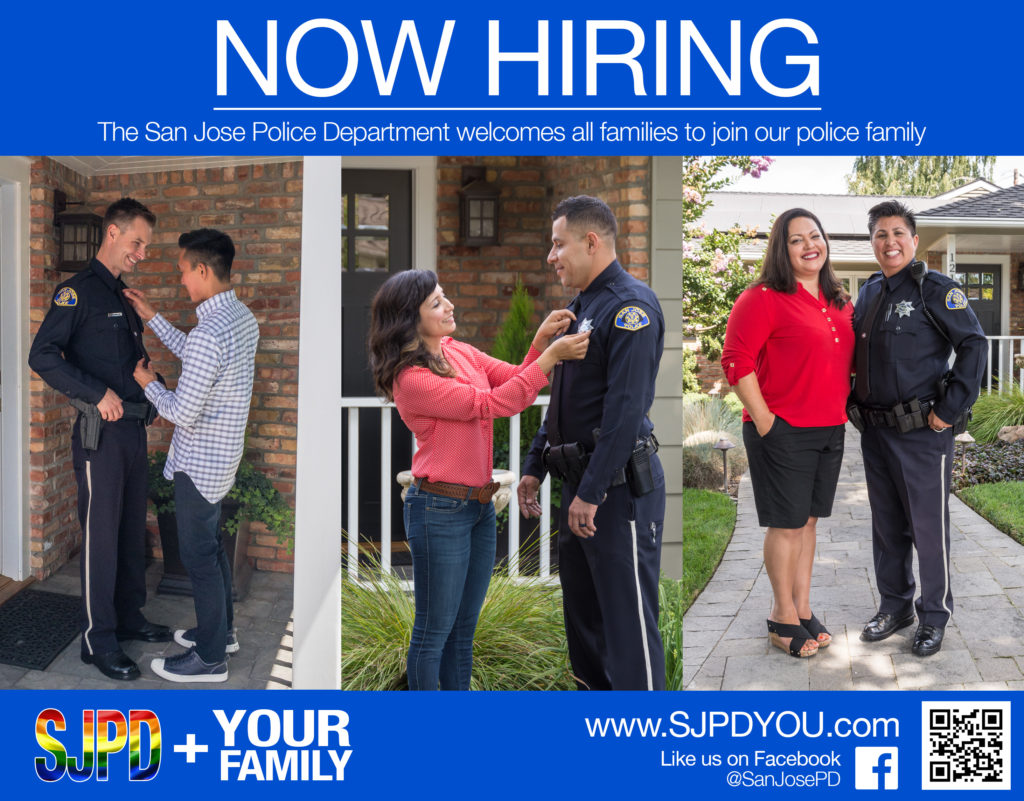 The campaign includes posters and videos with a consistent theme and message intended for lesbian and gay officers.  And while they don’t specifically call on transgender people by name, they do clearly include couples of various gender combinations.  The heart of the recruitment message is that “all families” are welcome to join the San Jose PD family.  It’s brilliant.

It’s one thing to put on a recruitment flier some generic “all minority applicants are encouraged to apply” message and quite another to design one that messages a specific minority group with a direct call to apply.  This is how departments should be designing recruitment campaigns for all groups under represented in the rank and file.  Potential applicants need to see themselves in the images used and the text should call to them specifically.  If you want lesbian, gay, bisexual and transgender applicants, then say it.

The videos San Jose PD created can be used on television and of course on social media.  They will be seen by current potential applicants and, most importantly, by aspiring applicants who might not otherwise have even considered law enforcement as a career because of stereotypical beliefs that LGBT people either wouldn’t be welcome or even eligible to apply.  It’s one thing to say you want LGBT applicants and even more to show what that looks like.

Each version of the video includes the same message and campaign theme.  The message is clear and strong – “we want your family to join our family.”

San Jose PD is launching this campaign during the annual Pride celebration in San Jose.  In addition, Chief Garcia created an LGBT Liaison position to continue this relationship building effort moving forward.  LGBT Liaison officers are essential for every law enforcement agency, large and small.  They not only help with recruitment, but they work on building trust between sexual orientation and gender non-conforming minorities.  Unlike race and other visible minorities, LGBT people are largely invisible, so without a visible point of contact through a designated LGBT Liaison officer, law enforcement agencies are working in the dark with any effort to connect with the LGBT community. 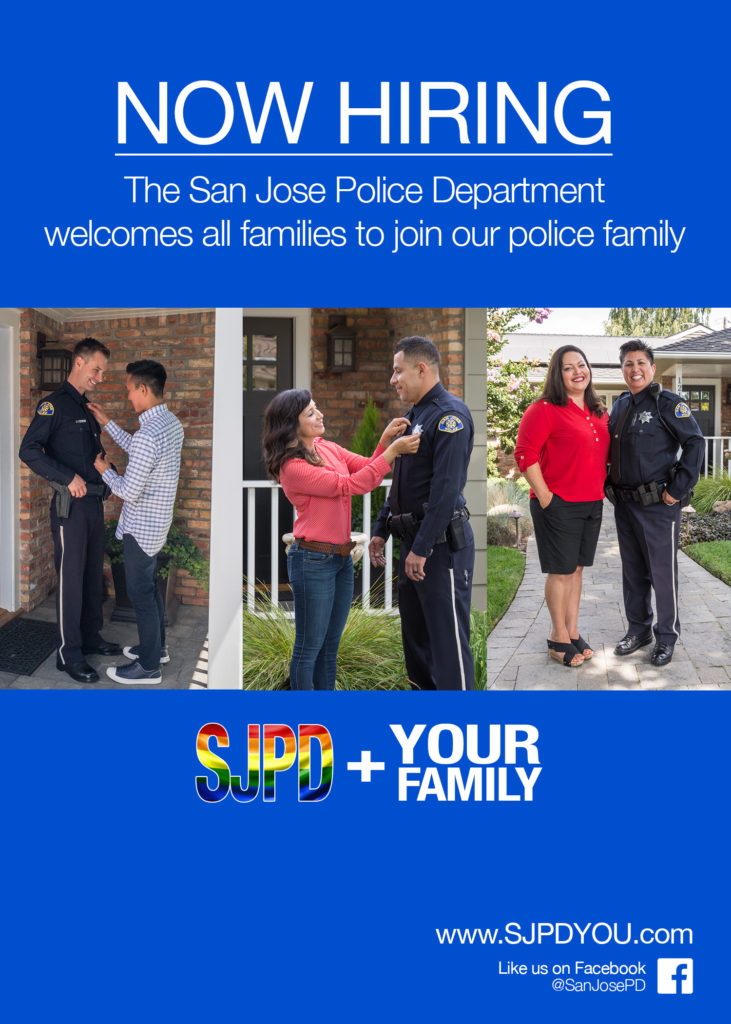 One of the intended outcomes of this targeted recruitment campaign is to encourage still closeted San Jose PD personnel to come out.  There are several lesbian officers who are “out”, but only two gay men who are “out” on the department of over 800.  The Chief has said that he recognizes changing the culture within a police department is difficult and a slow process, but he is committed to the idea that everyone in his rank and file should be able to bring there entire self to work.  Campaigns like this one show commitment to his word and send a strong and visible message to the agency culture that LGBT employees are valued and that you can be “out.”

We applaud Chief Garcia and the San Jose Police Department for creating a model for all law enforcement agencies on how to effectively recruit applicants from under represented groups within the community.  We are especially pleased to see such an effort being made to call out to LGBT applicants.  Bravo!

For information about this recruitment campaign, please call: 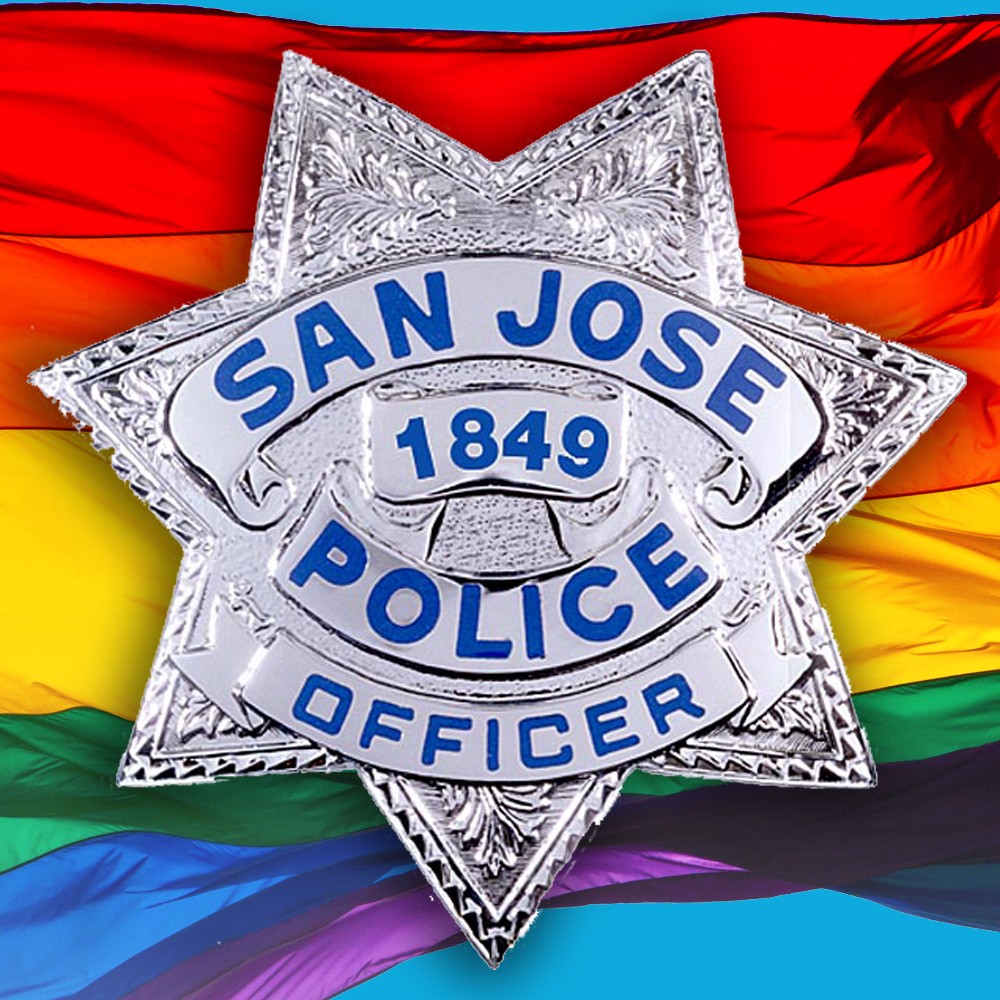