47 years ago in New York, things were quite different between the police and the mostly hidden LGBT community.  It’s both ironic and impressive that the New York Police Department is now a leading example of community outreach and connection with today’s LGBT community.  The city where gay pride celebrations originated after a fierce riot with police on one side and angry LGBT people on the other now actively recruits police officer applicants from the gay community. 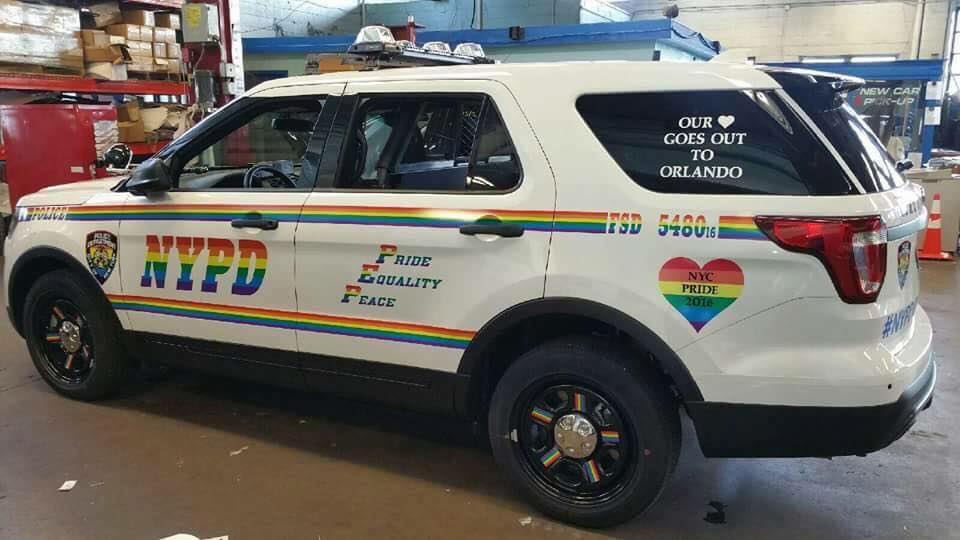 This year for New York’s pride celebration, New York Police unveiled a police vehicle unlike any I’ve seen before.  Their new recruiting video makes clear that the NYPD is committed to including LGBT people within their rank and file.  Both of these extraordinary efforts are impressive examples for other law enforcement agencies to follow.  Bravo NYPD!

With all of the tragic examples of excessive force, corruption, and misconduct by law enforcement throughout the country in the media today, it’s great to see something positive and proactive.  I can’t think of a more appropriate city to do this first.  It’s especially important when, still in 2016, law enforcement executives are denying LGBT officers the right to march in uniform in pride parades.  Even here in the liberal and progressive San Francisco Bay Area, this kind of discrimination is happening today.  Pride celebrations are ideal times for law enforcement agencies to “come out” and to change the long-standing homophobic reputations that many departments still have in today’s world.  Simply being visible at pride events can go along way in mending a failed relationship between the LGBT community and local law enforcement.  But even better would be to participate in a parade, have a recruiting booth at a pride festival, or to follow NYPD’s example and make a strong proactive statement of support and inclusion.

We will be on the look out for more examples of progressive law enforcement to share.  To all the chiefs and sheriffs out there:  We challenge you to step up and step out with action that demonstrates support for the LGBT community and your LGBT employees.