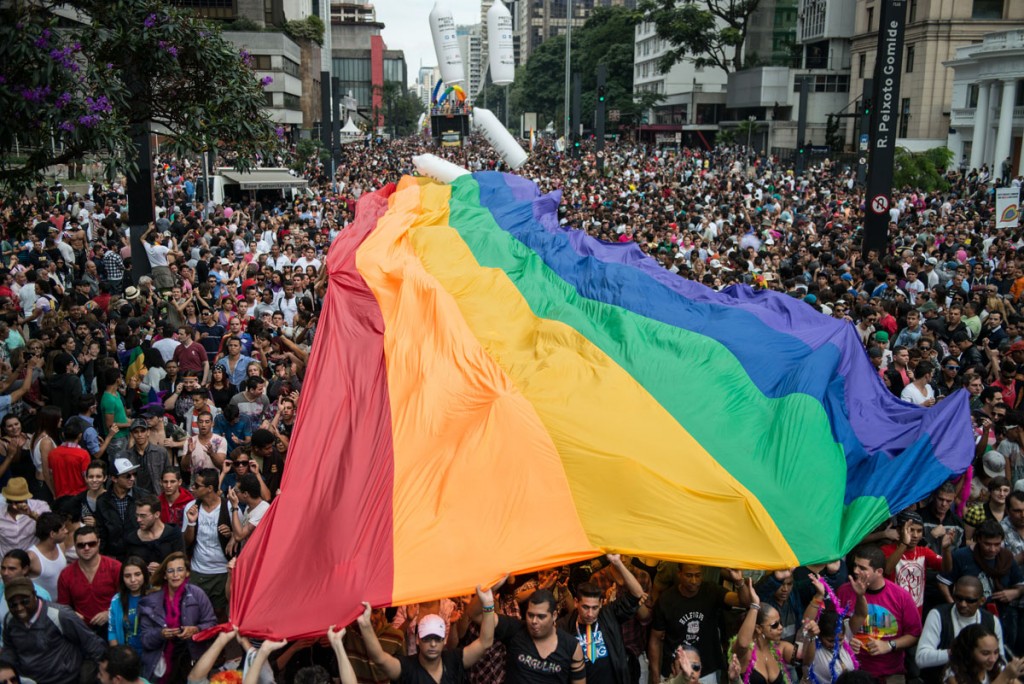 I’m often asked by straight colleagues and friends about why “gay pride” celebrations are still relevant today.  Most who ask don’t have any knowledge of where pride celebrations even came from.  When I talk to those in law enforcement who ask, they are often surprised to hear that pride marches and today’s celebrations originate from unfair and brutal treatment of LGBT people by law enforcement.  Of course, the famous riot at the Stonewall Inn officially marks the anniversary that we remember each year, but why is it all still relevant today?

Despite the illusion that marriage equality is the ultimate civil rights accomplishment for LGBT people, the fact of the matter is that we are still largely second-class citizens even here in the United States.  In 29 states, if you are gay, you can be fired from your job.  There is still wide-spread discrimination in housing and adoption rights.  But aside from all of the inequities within the law, there is still a general lack of understanding and acceptance of people who identity as something other than straight.  This lack of understanding is particularly common for those in the trans community.  Law and policies don’t change minds and hearts, so no matter how much equality LGBT people might see within the legal right to marry and other changes in the law, there is still a great deal of work to do around gaining acceptance and understanding from the straight majority.

Although June is the traditional “Pride Month,” because of the anniversary of the Stonewall riots in 1969, today, around the world, pride celebrations take place throughout the calendar year.  And they are entirely relevant, useful, and necessary because of the opportunity they provide for visibility, recognition, and conversation about the LGBT experience.  Sexual orientation and gender identity can both be highly invisible aspects of identity.  In an unaccepting environment, people can hide fairly easily who they truly are.  So, the regular visibility of LGBT people in many places creates an “out of sight, out of mind” situation where thought, education, and conversation about LGBT issues doesn’t arise.  But when rainbow flags are hung, parades are marched, and festivals are held where our community can be seen, everything changes.  And even if the reaction and response isn’t entirely positive, at least people are thinking and talking about LGBT people.   Positive or negative, this conversation creates awareness that we are here; we are everywhere and maintaining a “don’t ask, don’t tell” mentality isn’t going to make LGBT people go a way.

Pride celebrations provide opportunities for politicians to makes supportive statements, for proclamations to declare statements of equality, and at least an annual focus on the many inequalities that still exist for LGBT people.  But let’s remember that our world is a much different place today and we can see this positive evolution reflected in the very nature of our pride celebrations.   In the early 1970’s, following the Stonewall riots, pride marches were really protest rallies demanding that abuses and brutality be stopped.  Participants in parades were often gay activists and rarely straight allies.  Observers along the parade route were largely LGBT people and, perhaps, a curious ally or two.   Today, we celebrate who we are and march with huge contingents of allies of all kinds.  People and corporations alike make themselves highly visible and this all creates examples for others to follow and visibility that creates opportunity for conversation.

Each year, we march with the San Francisco Police Department’s Pride Alliance in one of the largest gay pride parades in the world.  We encourage local LGBT law enforcement personnel and allies to join us because the more visibility we can create, the more awareness about the LGBT people working in law enforcement is possible.  We march to show that we are here within the ranks of agencies everywhere.  We march for that young gay person who aspires to join law enforcement some day, but who still thinks you can’t be L, G, B, or T and be a police officer, deputy sheriff, FBI agent, or any number of jobs in law enforcement.  We march to show our own community that LGBT people are represented within the ranks of law enforcement.  And we march as part of the greater need to show that LGBT people are a significant part of our population and deserve the same rights, acceptance, and understanding as everyone else in our country.

Being proud of who you are is not something that should be celebrated only one day, one weekend, or one month each year.  We hope you take the time each day to express your own sense of pride.  But do take an opportunity during this pride month to make yourself visible.  Display a rainbow flag, a pin, or sticker and march in a parade.  Create an opportunity for conversation with a colleague and help them to become an ally for you and the other LGBT law enforcement personnel who will follow behind you.  If you are not “out” make this the month you make yourself visible.  Come out, share your story, and start a change of heart in those around you.  You deserve to live your truth.  This is why gay pride celebrations are still relevant and still important for us all.