October 9, 2012 (Santa Rosa, California). We congratulate Chief Chris Moore of the San Jose, California Police Department on his leadership and support of the lesbian, gay, bisexual, and transgender law enforcement professionals serving the City of San Jose.  This week, Chief Moore officially recognized National Coming Out Day (October 11, 2012) by recognizing the struggles LGBT members of his organization face and encouraging them to “come out” with his full support.  This is the kind of leadership we believe is essential in combating homophobia within the law enforcement profession.

“Coming Out From Behind The Badge” book author Greg Miraglia said, “Chiefs and sheriffs play a key role in removing homophobia within their departments.  Law enforcement executives set the tone and are responsible for establishing agency values including the full support and acceptance of employees who happen to be lesbian, gay, bisexual or transgender.  What Chief Moore has done will hopefully relieve some of the fear facing closeted employees and enable them to come out and to be themselves at work.”

Here is what the memo said: 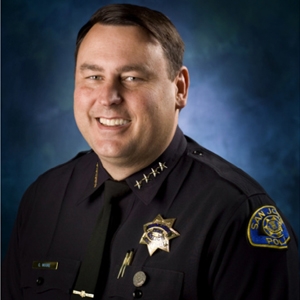 This memorandum is designed to create awareness of National Coming Out Day (NCOD) which is celebrated annually on October 11. NCOD is an internationally observed day celebrating individuals who publicly identify themselves as lesbian, gay, bisexual and transgender (LGBT).  This day is used to celebrate coming out and to raise awareness of the LGBT community and civil rights movement.

The San Jose Police Department has a well-established tradition as a leader in law enforcement. Part of that reputation includes being recognized as a department that understands the values of being a diverse organization and one that represents all facets of the community it serves. This includes members of the LGBT communities in the Department.

The Department recognizes the difficulties faced by individuals who have felt they would not be encouraged or supported if they “came out.” Additional stress and anguish can result from hiding a person’s sexual orientation. As a progressive organization, the department encourages members to be who they are and to understand that your sexual orientation will not interfere with promotional considerations, assignment selections or professional relationships within the organization.

Law enforcement has the duty to serve everyone in the community. To do that well, we believe the rank and file should reflect the community, including the LGBT people.