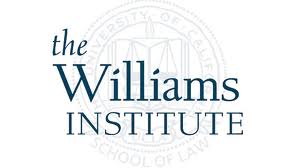 UCLA’s Williams Institute released a report this week about homophobia within law enforcement and corrections in the United States.  The 51 page report details research conducted by the Institute and chronicles countless incidents of LGBT law enforcement employees who have suffered harassment and discrimination by their colleagues and supervisors while working within a law enforcement agency in the United States.  The report opens with, “Employment discrimination and harassment based on sexual orientation and gender identity is an ongoing and pervasive problem in law enforcement and corrections departments.”  This is a belief we have had for many years and the reason Coming Out From Behind The Badge exists.  The executive summary reads:

It’s always seemed very hypocritical to me on a variety of levels how law enforcement treats this segment of its own ranks.  Law enforcement officers take an oath to “support and defend the Constitution of the United States,” including the 14th Amendment, and swear an oath to the Law Enforcement Code of Ethics that speaks to respecting “the Constitutional rights of all to liberty equality and justice.”  As a culture, law enforcement boasts the value of the “thin blue line” and of the “brotherhood” and “sisterhood” of the profession.  The examples of harassment and discrimination caused and committed by individuals as high up in the organization as the chief or sheriff illustrate a conditional commitment to these oaths and demonstrate an unacceptable hypocrisy.  We have long said that societies views, understanding, and acceptance of LGBT people is 20 years ahead of where law enforcement is.  Even the military has evolved ahead of local policing entities. And if law enforcement is treating its own LGBT members in such a negative and discriminatory way, what regard do these members of the profession have for the LGBT citizens they serve?

The study specifies some recommendations for combating homophobia in law enforcement that we most certainly support.  Anti-discrimination laws and policies are essential, but history has demonstrated that they will not actually prevent harassment and discrimination from happening.  These laws and policies are really most useful for dealing with offenders after the damage has already been done.  We believe the recommendations related to training are the most important.  Law enforcement leaders need to initiate a conversation within their respective agencies about LGBT issues.  Training is how we will change the minds and hearts of our colleagues and is the best hope we have for fighting  homophobia.  There must also be a concerted effort to connect law enforcement agencies with the LGBT communities they serve locally.  This must be more than “for show” meetings and simply showing up at LGBT events.  There must be a commitment to building a relationship from the top executive on down with LGBT community leaders.

I encourage everyone reading this article to read the entire Williams Institute report and to share the data with law enforcement leaders.  Click Here For The Full Report.