June is Gay Pride month here in the Bay Area and every year San Francisco remembers the Stonewall riots on the last weekend of the month with a festival and one of the largest pride parades in the world.  The meaning of Pride is something that I’ve written about in both books.  It’s evolved for me over time based on my own experience and while watching our civil rights movement progress rapidly in some parts of the world while regressing just as quickly in others.  One of the most important ideas I’ve come to realize is that Pride is something that we should all celebrate every day, not simply an occasion or event to attend once a year.

For young LGBT people, the world is a very different place.  I would never assert that anyone has it “easier” today, because many young people still fight through immense struggles realizing who they are and with coming out.  LGBT youth continue to be 3 times more likely than their straight peers to attempt suicide and are more likely to abuse drugs or alcohol.  But, as a whole, at least in the United States, LGBT people have made significant gains in acceptance, understanding, and are inching toward realizing full equality.  There are many heroes who sacrificed a great deal to make our lives as LGBT people easier, more visible, and more equal today and we should never forget them.  Pride month is a time to remember and honor those who have done the hard work before us.

Over the last ten years, there has hardly a day gone by when LGBT people haven’t been in the news.  Since Stonewall, the LGBT civil rights movement has accelerated faster each year and  today we are witnessing history being made as this movement continues as a furious pace.  Take a look back and some of stories that have been in the news during our time.

Here in the United States, we have so much to celebrate this year at Pride.  Since just a year ago when the United States Supreme Court struck down the Federal Defense Of Marriage Act and essentially affirmed Judge Vaughn Walker’s decision about Proposition 8 in California, same-sex marriage bans have fallen like a line of dominoes.   In fact, as of today, there isn’t state in the union where marriage equality doesn’t exist or where there is an appeal pending with a higher court challenging a law or ban.  Not one judge has ruled in support of a law banning same-sex marriage or supported a voter approved ban on the same.  As of today, the majority of gay Americans live in a state where marriage equality exists.  Governors and attorney generals in many states have said publicly that they will not support existing bans and will not fight the appeals.  Take a look at where we stand. 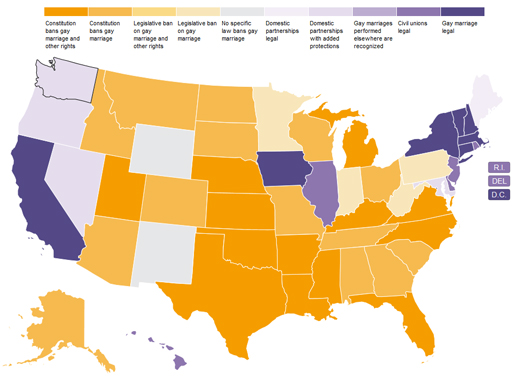 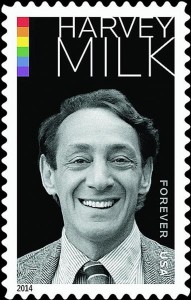 One of the many LGBT pioneers that we should never forget and who made the ultimate sacrifice in the fight for LGBT civil rights is Harvey Milk.  On May 22 of this year, Harvey Milk Day in California and on what would have been Harvey’s 84th birthday, the U.S. Postal Service released the first-ever postage stamp honoring the first ever openly gay person. Harvey Milk believed in the power of hope and he talked about how coming out would be the key to changing the minds of hearts of those who opposed LGBT civil rights.  Harvey talked about importance of giving young LGBT people hope; in essence suggesting, “it gets better.”  During the dedication ceremony for this stamp, U.S. Ambassador Samantha Power remembered Harvey Milk’s message of hope and talked about what has happened since his murder in 1978.  Listen to what she says about “hope and change.”

And while the tide has move so quickly this last year in our favor, in other parts of the world a tide of equal force is moving in the opposite direction.  Russia and Uganda are two countries of several this year that enacted new laws criminalizing homosexuality.  Think about it.  In Russia, the display of a rainbow flag – a display of gay pride – is a criminal offense.  Pride celebrations are illegal.  In Uganda, a new law subjects those engaging in homosexuality to life in prison.  What we take for granted is now a crime in other parts of the world.  In fact, in 81 countries, laws exist in one form or another that make it a crime to be gay. 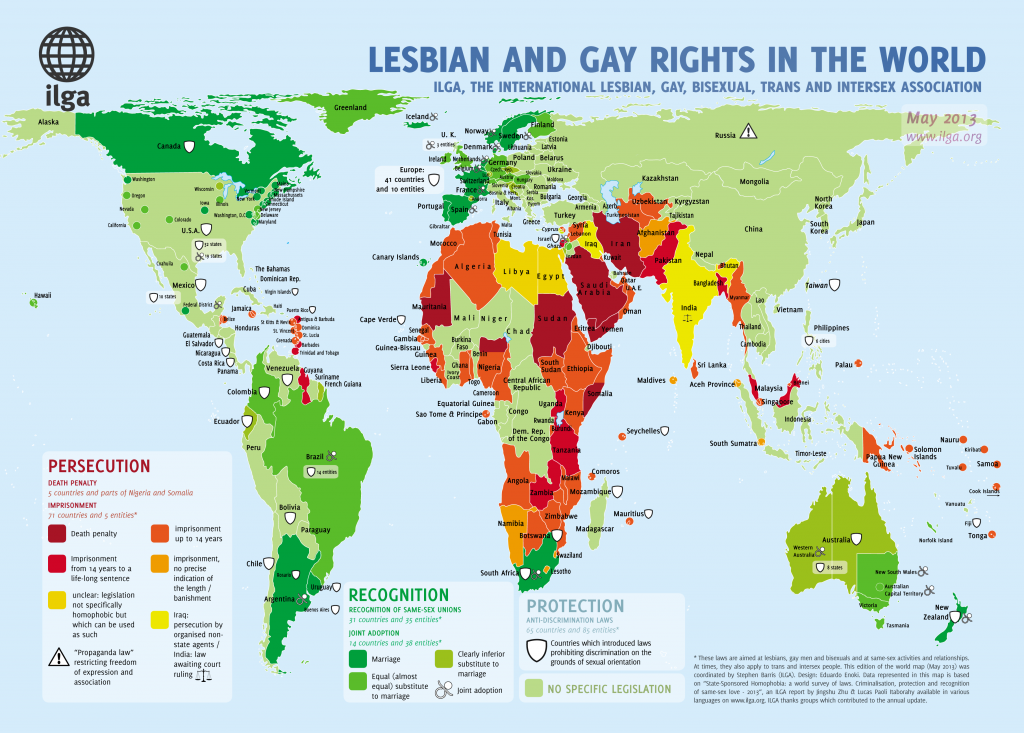 As law enforcement professionals, our job is to protect the civil rights – human rights – of everyone.  As LGBT people, this part of our job becomes a very personal one.  It’s too easy to sit back and forget that so many people in this world, just like us, face an outright denial of fundamental basic human rights.

I hear from LGBT people from time to time that they are “tired of pride” or that “pride celebrations aren’t really necessary anymore.”  In my mind, that couldn’t be further from the truth.  While it is very true we’ve made some huge gains in many parts of this world, including our own place here in the United States, we are far from realizing full acceptance and equality.  And for our brothers and sisters in other parts of the world, the situation has become much worse.  These countries have regressed backwards to decades way before Stonewall.  It’s a dangerous change to say the least and it’s a unique one to this particular civil rights movement.

This year, more than ever, we should all celebrate pride.  Do it because you can.  Do it because there are so many other people in this world who can’t.  And to take this one step further, I  challenge you to celebrate pride, not just in the month of June, but every day of the year.  Do it for the young people who still struggle and give them hope.  Do it for the many still closeted LGBT law enforcement professionals who we work side by side with to give them hope.  Do it for yourself and to honor people like Harvey Milk who helped bring about change.  Be proud of who you are both as a dedicated member of law enforcement and as a member of the LGBT community.

Have have you done today to make you feel proud?