How One Chief Made It Better 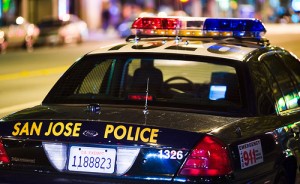 Let there be no doubt that the chief can make a difference for their LGBT personnel.  This summer, I had the privilege of working with Chief Chris Moore of the San Jose, California Police Department to start a conversation with his command staff about how they can create a safe and comfortable work place for LGBT members of the department.  San Jose PD has over 1000 sworn personnel, but to date, only one male officer had come out in the department’s history.  A second courageous officer stepped up last summer and met with Chief Moore to not only come out to him, but to express his deep concern about the agency culture that was keeping a number of other male officers in the closet.  Chief Moore had the opportunity to read both of our books and, despite all of the other challenges on his plate, decided to do something about this problem.  He told me that he cared deeply about all of his officers and believed that no one should have to be hidden while at work.  Here is how he approached the issue.

The Chief decided to start at the top of the organization by starting a conversation with his command staff.  He set up a meeting and brought together a panel of gay male law enforcement personnel including the courageous officer I mentioned above, Lt. Pete Thoshinsky (featured in our second book), Chief Chris Magnus from the Richmond, California Police Department, and me.  We started the session by sharing our own stories and thought about how the law enforcement culture can keep closeted officers from coming out.  We discussed the words people use, homophobic remarks, and the importance of simply acknowledging that in a department of over 1000 sworn personnel, there is certainly more than one gay male officer out there.  Following our panel conversation, we broke up into groups and talked with 15 or so command staff members and allowed them to ask questions.

What I found most interesting is that many of the command staff members had never considered this problem and was surprised that this was an issue.  I replied back with, “exactly our point.”  Some didn’t understand why sexual orientation was even an issue – why it matters in the work place.  I posed this question.  “What is the typical conversation between two officers when first meeting on a Monday or first day back to work?  It goes something like this  Hey, what did you do this weekend?  Oh, I took my wife shopping or my girlfriend and I went to the movies.”  Straight people “come out” as straight all the time.  For the closeted gay officer, there is a choice when answering this same question.  The officer can lie or he can simply deny doing anything of mention over the weekend.  Putting an officer in the position of telling a lie to their peers creates an inordinate amount of stress and isn’t fair to anyone.  They got it.  One attendee said, “that really hit home with me.  I get it now.”

The session lasted about 2 hours and we heard many positive comments.  Still, some didn’t understand why this kind of time was being spent on an invisible problem while others simply didn’t believe homophobia exists in their department.  But the next day after this training, our colleague got a call from an officer who attended that training and was asked to meet.  After spending this entire life in the closet, the officer came out… for the first time ever to our colleague.  After hearing our conversations and seeing the commitment from the Chief and others, he decided now was the time that he could finally share who he is with the world.

I applaud Chief Moore for demonstrating that the agency executive does have the ability to set the tone for the department.  A chief can make a real difference and, at least for one officer that we know of, did.  Time will tell if the command staff members attending take what we said to heart and work to create a more accepting work place for LGBT personnel.  My belief is that if they simply use inclusive language when speaking about who in the organization is valued, LGBT personnel will hear it and that will be the next set to ridding the department of whatever homophobia exists.  Chief Moore will be retiring this coming January, but I know at least one of the significant marks he will leave behind that has made his agency a better place for everyone.